"Kimberly Jackson's Tesseract is a fierce assemblage of poems. As 'tesseract' suggests, Jackson ranges through many times, spins across many landscapes, uncovers many faces — daughters, fathers, ancestral girl dying in a cave, lost women, wandering children safe at last — in a dazzling mosaic of poetic forms from many cultures. Brava!"


"Kimberly Jackson has written a most promising debut: welcoming, stirring, and appealingly eclectic. I savored my time with these poems, slowly discovering the forms that lay hidden in their lines, and I look forward to seeing which of the many possible avenues they propose she follows next."

--Kevin Brockmeier, author of  A Brief History of The Dead and The Illumination

"Kimberly Jackson’s Tesseract slips through the wrinkles of time and place, from World War II to current events, from Berlin to Hastings, from Brooklyn to the Mojave Desert. Here is a blue collar collection that transcends time and place, where men 'Haul shingles up a ladder …/stay for late-night poker,' and women keep the world running, doing 'what women do.'  Together, we all inhabit 'the warm fullness at the center of the world' as this powerful collection reminds us. Definitely a must-read from an exciting emerging poet!"

--Shaindel Beers, author of A Brief History of Time and The Children’s War and Other Poems, Poetry Editor of Contrary Magazine 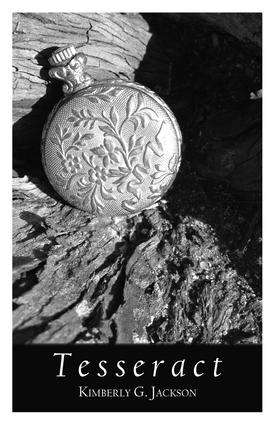